Phil Palisoul has made his living as a comedian for 25 years. In that time, he's been all over the world, performing in such far flung places as Hong Kong, China, and Juno, Alaska. He recently toured Afghanistan to perform for the troops with Comics on Duty. He's worked with and won the respect of some of the biggest names in comedy, like Jerry Seinfeld, Drew Carey and George Lopez. His list of corporate clients is long and illustrious and includes GMC, Coca-Cola, and IBM.

Phil has made dozens of TV appearances, including The Tonight Show, The Late Late Show, two seasons of Last Comic Standing and Comedy Central's Premium Blend. Phil has been featured twice at the prestigious Just for Laughs Comedy Festival, and took first place at The Great American Comedy Festival, in Johnny Carson's hometown of Norfolk, Nebraska. Phil is also proud to be a part of Laughs for the Troops, a not for profit dedicated helping vet with PTSD and TBI.

Having performed for countless clubs, corporations and cruise ships, Phil is comfortable in any venue. From funky barrooms to luxury theaters, small rooms, big rooms, no room at all - Phil's been there/done that - and done it well. Alongside his successful standup career, Phil worked as a TV writer for a number of years in LA. He wrote for shows on every major network, as well as Comedy Central. 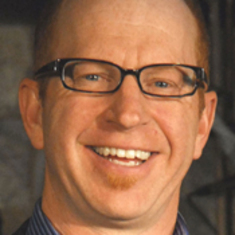