After being born the fourth of three children, Nancy Norton began touring as a stand-up comedian in 1991 and has toured nationally and internationally, headlining clubs, colleges, cruises and USO tours.

Nancy is known for performing uniquely funny shows that connect with universal truths through her intuitive, high energy, fast paced, and engaging style.

You may have seen her on various comedy showcases over the years, from doing stand-up on Evening at the Improv on A&E,to her one-woman show, The Yellowish-Green Girl on PBS and most recently featured on Nickmom Night Out on Nickelodeon.

Nancy is a local legend who just became the first woman to ever win the Boston Comedy Fest on Saturday, September 15th 2018!

Don’t miss out on what The Denver Post describes as “a laugh riot!” 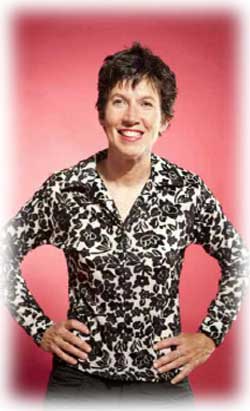