Name
T12: Design and Integration of Photovoltaic and Energy Storage Converters
Time
10:30 AM - 10:55 AM
Description

Renewable energy systems, especially solar photovoltaic (PV), are growing at an unprecedented pace and pairing them with energy storage systems (ESS) is crucial. Successful system integration depends on the careful balance between cost and functionality. This seminar covers the design and integration of PV with ESS to extend system features beyond the limits of the current technology. Three aspects of PV+ESS are covered:  1) Design and Optimization of Power Converters for PV, 2) PV+ESS Integration, and 3) PV+ESS System Design Through Optimization. Industry-standard practices and an introduction of advanced techniques that yield better performance and extend functionality are discussed. 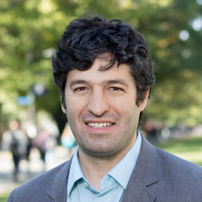 Martin Ordonez is currently a Professor and Canada Research Chair in Power Converters for Renewable Energy Systems with the Department of Electrical and Computer Engineering, University of British Columbia, Vancouver, BC, Canada. He is also the holder of the Fred Kaiser Professorship on Power Conversion and Sustainability at UBC. He was an adjunct Professor with Simon Fraser University, Burnaby, BC, Canada, and MUN.
His industrial experience in power conversion includes research and development at Xantrex Technology Inc./Elgar Electronics Corp. (now AMETEK Programmable Power in San Diego, California). With the support of industrial funds and the Natural Sciences and Engineering Research Council, he has contributed to more than 150 publications and R&D reports.

Dr. Ordonez is a Guest Editor for IEEE JOURNAL OF EMERGING AND SELECTED TOPICS IN POWER ELECTRONICS, Associate Editor of the IEEE TRANSACTIONS ON POWER ELECTRONICS, and Editor for IEEE TRANSACTIONS ON SUSTAINABLE ENERGY. He serves on several IEEE committees, and reviews widely for IEEE/IET journals and international conferences. He was awarded the David Dunsiger Award for Excellence in the Faculty of Engineering and Applied Science (2009) and the Chancellors Graduate Award/Birks Graduate Medal (2006), and became a Fellow of the School of Graduate Studies, MUN. 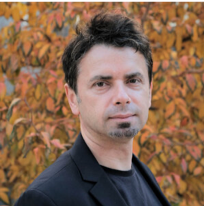 He received the Master in Electrical Engineering from Polytechnic University of Timisoara, Romania (1995). In 2017 he received the Ph.D. degree in Electrical Engineering and Computing Science at the University of British Columbia (UBC), Vancouver, Canada. He was awarded the best IEEE PELS Ph.D. Thesis (2019).
Dr. Serban is currently Research Associate with the Electrical and Computer Engineering, University of British Columbia, Vancouver, BC, Canada. To enhance collaborations with industry, he holds the Power Conversion Engineering Manager position at Alpha Technologies/EnerSys, Canada. Dr. Serban was R&D Chief Engineer Power Electronics Design at Solar Business at Schneider Electric, Canada (2009-2019). In a multidisciplinary environment of power electronics R&D, he implemented new control methods and optimization of power conversion topologies in the power range of 1W to 100kW (Xantrex Technology, 1997-2009). He developed solutions in multi-level converters for solar photovoltaic and lithium-ion energy storage applications. He is the holder of several patents with applications in solar photovoltaic and energy storage systems.

His main fields of interest are in power electronics modelling and control, analysis and design of power converters for renewable and energy storage systems. 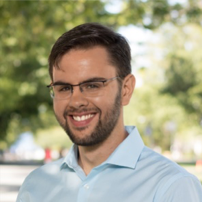 Francisco Paz is a Researcher in Power Electronics at the University of British Columbia (UBC) and an Engineer with Alpha Technologies Ltd. in Vancouver, Canada. He serves as vice-chair of the Vancouver IEEE Power Electronics Chapter since 2016 and served as the Local Organizing Chair for the IEEE PEDG 2016 in Vancouver, Canada. Dr. Paz has been recognized with several scholarships and awards, including the ICICS Graduate Scholarship (2014), the UBC Faculty of Applied Science Graduate Award (2014 to 2017), and the Four-Year Fellowship for Ph.D. students (2014 to 2018) from UBC. He also received the Best Conference Paper awarded by PELS Technical Committee 5 (TC5) at PEDG. Other recognitions include the TICs scholarship from the Argentinian Ministry of Education, Science, Technology and Productive Innovation (2008).

His main area of research is power electronics for DC systems integrating renewable energy systems, energy storage, and modern loads. In these areas, he has contributed to the development of control, MPPT, islanding detection, and fault handling algorithms. He also contributed to the optimization of system design and safety of DC systems.

He is passionate about teaching and learning, having served as a lecturer for nine courses on renewable energy sources, under the UBC Vancouver Summer Program (2016 to 2019), and has delivered tutorials at the IEEE SPEC 2017 in Chile, IEEE PEDG 2018 and 2019, and IEEE ECCE 2018. He received the prestigious Killam Graduate Teaching Assistant Award for his contributions to teaching and learning to UBC.