Name
T6: Preparing for the Opportunities and Challenges of WBG-Based Motor Drives
Time
9:30 AM - 9:55 AM
Description

Wide-bandgap (WBG) power devices are poised to have a major impact on future machine drives.  The objective of this tutorial is to assistdrive design engineers to prepare for this transition.The impact of introducing WBG switches into hard-switched voltage-source inverters (VSI) will highlight the challenges associated with drop-in replacement strategies.  Advanced inverter bridge-leg topologies that are well-suited to WBG switches will be presented, as well as opportunities for the re-emergence of current-source inverters (CSIs).  The tutorial will address practical challenges associated with designing WBG-based inverters and conclude with a discussion of current and future applications of WBG-based motor drives. 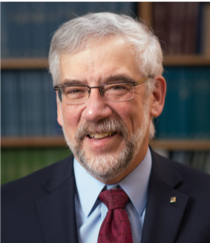 Thomas M. Jahns received his bachelors, masters, and doctoral degrees in electrical engineering from MIT, Cambridge, MA (USA).
Dr. Jahns joined the faculty of the University of Wisconsin – Madison (USA) in 1998 as the Grainger Professor of Power Electronics and Electric Machines in the Department of Electrical and Computer Engineering.  He is the Director of the Wisconsin Electric Machines and Power Electronics Consortium (WEMPEC), a university/industry consortium with over 70 international sponsors.

Prior to coming to UW-Madison, Dr. Jahns worked at GE Corporate Research and Development in Niskayuna, NY (USA) for 15 years, where he pursued new power electronics and motor drive technology in a variety of research and management positions. His current research interests at UW-Madison include high-performance electrified propulsion, integrated motor drives, and high-penetration of distributed energy resources.

Dr. Jahns is a Fellow of IEEE.  He received the 2005 IEEE Nikola Tesla Technical Field Award “for pioneering contributions to the design and application of AC permanent magnet machines”.  Dr. Jahns is a Past President of the IEEE Power Electronics Society and the recipient of the 2011 Outstanding Achievement Award presented by the IEEE Industry Applications Society.  He was elected to the US National Academy of Engineering in 2015. 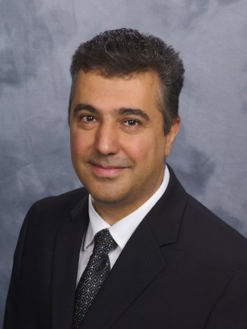 Bulent Sarlioglu is a Jean van Bladel Associate Professor at University of Wisconsin–Madison, and Associate Director, Wisconsin Electric Machines and Power Electronics Consortium (WEMPEC). Dr. Sarlioglu spent more than ten years at Honeywell International Inc.’s aerospace division, most recently as a staff system engineer, earning Honeywell’s technical achievement award in 2003 and an outstanding engineer award in 2011.  Dr. Sarlioglu contributed to multiple programs where high-speed electric machines and drives are used mainly for aerospace and ground vehicle applications. Dr. Sarlioglu is the inventor or co-inventor of 20 US patents and many other international patents. He published more than 200 journal and conference papers with his students. His research areas are motors and drives including high-speed electric machines, novel electric machines, and application of wide bandgap devices to power electronics to increase efficiency and power density. He received the NSF CAREER Award in 2016 and the 4th Grand Nagamori Award from Nagamori Foundation, Japan in 2019. Dr. Sarlioglu became IEEE IAS Distinguished Lecturer in 2019.  He was the technical program co-chair for ECCE 2019 and was the general chair for ITEC 2018.  He is serving as a special session co-chair for ECCE 2020. 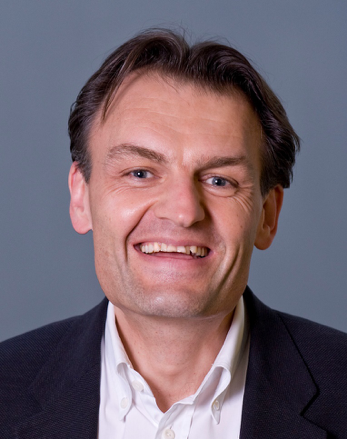 Johann W. Kolar is a Fellow of the IEEE and is currently a Full Professor and the Head of the Power Electronic Systems Laboratory at the Swiss Federal Institute of Technology (ETH) Zurich. He has proposed numerous novel converter concepts incl. the Vienna Rectifier, the Swiss Rectifier and the AC/AC Sparse Matrix Converter, has spearheaded the development of x-million rpm motors, and has pioneered fully automated multi-objective power electronics design procedures. He has supervised 75+ Ph.D. students, has published 900+ journal and conference papers and 4 book chapters, and has filed 200+ patents. He has served as IEEE PELS Distinguished Lecturer from 2012 - 2016. He has received 36 IEEE Transactions and Conference Prize Paper Awards, the 2016 IEEE William E. Newell Power Electronics Award, and two ETH Zurich Golden Owl Awards for excellence in teaching.  The focus of his current research is on ultra-compact/efficient WBG converter systems, ANN-based design procedures, Solid-State Transformers, ultra-high speed drives, and bearingless motors.