Name
T4: Physics-based Modeling and Control of PWM Converters
Time
9:30 AM - 9:55 AM
Description

This tutorial presents control design of PWM converters in a physically insightful way enabling the audience to develop creative solutions for their own applications. The tutorial reviews fundamental principles for modeling, design, implementation and analysis of controls for power converters by focusing on the physics of controlled power electronic converters. The tutorial examines these principles using a half-bridge converter as an example, such that a straightforward adaption to other converter topologies is possible. It uses a wide range of MATLAB, Simulink, and PLECS computation and simulation examples that are made available to the audience for in-depth personal study. 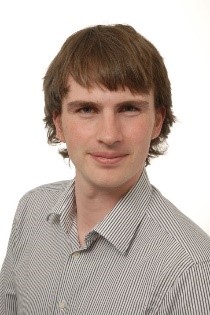 Christoph H. van der Broeck received his B.Sc., M.Sc. and Ph.D. degree in electrical engineering from RWTH Aachen University in 2010, 2013 and 2018. Between 2012 and 2013, he worked with AixControl GmbH on the high-performance control of power electronic system. From 2011 to 2012 and 2017 to 2018 he joined the Wisconsin Electric Machine and Power Electronic Consortium (WEMPEC) at the University of Wisconsin-Madison as a Fulbright and DAAD scholar to conduct research on control in electrical drives and power electronics. Dr. van der Broeck is currently head of the “Reliable Power Electronics Systems Group” at the Institute for Power Electronics and Electrical Drives (ISEA) of RWTH Aachen University, Germany. His research interests include multi-physics modeling, monitoring  and control technologies of power electronics and drive systems. In the last five years he focused his work on new technologies for control and monitoring of highly reliable power electronics. In this research area he has published more than 30 papers and received two IEEE Prize Paper Awards. 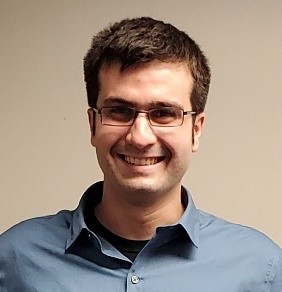 Marc S. Petit received his B.Sc. and M.Sc. Degree in electrical engineering from RWTH Aachen University in 2012 and 2015. In 2020 he received his Ph.D. in Mechanical Engineering from the University of Wisconsin–Madison. During his Ph.D., he worked in the Wisconsin Electric Machine and Power Electronic Consortium (WEMPEC) in collaboration with General Motors on high-performance electric drive control. His research interest include field-weakening and overmodulation of direct torque-controlled drives and self-sensing control technologies. He is now Senior Controls Engineer at Miller Electric Manufacturing, the world’s leading manufacturer of arc welding and cutting equipment. 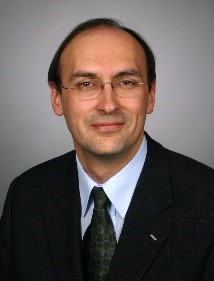 Rik W. De Doncker received the Ph.D. degree in electrical engineering from the Katholieke Universiteit Leuven, Leuven, Belgium, in 1986. In 1987, he was appointed as a Visiting Associate Professor at the University of Wisconsin, Madison. After a short stay as an Adjunct Researcher with Interuniversity Microelectronics Centre, Leuven, he joined, in 1989, the Corporate Research and Development Center, General Electric Company, Schenectady, NY. In 1994, he joined Silicon Power Corporation, a former division of General Electric Inc., as the Vice President of Technology. In 1996, he became a Professor at RWTH Aachen University, Aachen, Germany, where he currently leads the Institute for Power Electronics and Electrical Drives. Since 2006, he has been the Director of the E.ON Energy Research Center, RWTH Aachen University. Dr. De Doncker was the President of the IEEE Power Electronics Society (PELS) in 2005 and 2006. He was the founding Chairman of the German IEEE Industry Applications Society PELS Joint Chapter. In 2002, he was the recipient of the IEEE IAS Outstanding Achievement Award. In 2008, he received the IEEE PES Nari Hingorani Custom Power Award. In 2009, he led a VDE/ETG Task Force on Electric Vehicles. In 2010, he received an honorary doctor degree of TU Riga, Latvia. In 2013, he received the IEEE William E. Newell Power Electronics Award and in 2020 the IEEE Medal in Power Engineering.