The power density and efficiency demand of power converters keep increasing in applications such as data centers, vehicles, satellite, and renewable energy system. As demonstrated by industry and academy, GaN switch becomes a game changing device to meet such demands. However, to fully use the potential of GaN-based power converter, an ecosystem including magnetics, gate driver IC, and converter implementation have to be designed together. This tutorial will cover high-frequency converter design and magnetics in the first part, high-speed gate driving design in the second part, and converter applications using GaN switches in the third part. The presentation will introduce each of these main concepts and give concrete examples and experimental results.

Yaow-Ming Chen (Ph.D. Professor, National Taiwan University) received the B.S. degree from National Cheng-Kung University, Tainan, Taiwan, and the M.S. and Ph.D. degrees from the University of Missouri, Columbia, in 1989, 1993, and 1997, respectively, all in electrical engineering. From 1997 to 2000, he was with I-Shou University, Taiwan, as an Assistant Professor. From 2000 to 2008, he was with National Chung Cheng University, Taiwan. In 2008 he joined National Taiwan University (NTU) where he is currently a Professor in the Department of Electrical Engineering. His research interests include power electronic converters and renewable energy. Prof. Chen served as the Associate Editor for many IEEE journals including Trans. on Power Electronics, Journal of Emerging and Selected Topics of Power Electronics, and Transactions on Circuits and System II. Currently, he is the Editor-in-Chief of IEEE Trans. on Power Electronics.

Yu-Chen Liu (Ph.D. Associate Professor, National Ilan University) received the M.S. degree and Ph.D. degree in Electronic and Computer Engineering from National Taiwan University of Science and Technology (NTUST), Taipei, Taiwan, in 2009 and 2015, respectively. He was a visiting researcher at the Future Energy Electronics Center, Virginia Tech., Blacksburg, USA, in 2014. From 2015 to 2016, he was a Research Assistant Professor with the Department of Electronic Engineering, NTUST, for the Power Electronics Laboratory. He is currently an Associate Professor in the Department of Electrical Engineering at National Ilan University, Yilan, Taiwan. Dr. Liu earned the Young Researcher Award in 2018 from the National Science Council of Taiwan. He served as a faculty advisor for student teams of the IEEE International Future Energy Challenge (IFEC), receiving awards every year from 2015 to 2019. He served as the Chair of the IEEE Industrial Applications Society (IAS) Taipei Chapter for 2017–2018.

Ching-Jan Chen (Ph.D. Associate Professor, National Taiwan University) received the B.S. and Ph.D. degrees in electrical engineering from National Taiwan University (NTU), Taipei, Taiwan, in 2006 and 2011, respectively. During 2010 to 2011, he was a visiting scholar at Center of Power Electronic Systems (CPES) of Virginia Tech., Blacksburg, USA. From 2011 to 2015, he was a senior engineer in IC research and development department with Richtek Technology Corporation, Hsinchu, Taiwan. His work focused on new control scheme development and IC design of voltage regulator controller for CPU power. From 2015, he works as Assistant Professor and then Associate Professor with the Department of Electrical Engineering, National Taiwan University, Taiwan.
His research interests include power electronics, dc-dc power converter modeling and control, and power IC design. He is a Senior Member of the IEEE Power Electronics Society. He received Best Paper Award at IEEE Transportation Electrification conference-Asia pacific 2019 and Best Student Poster Award at International Workshop on Power Supply On Chip (PwrSoC) 2018. 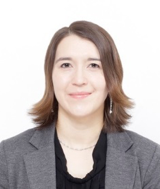 Katherine A. Kim (Ph.D. Associate Professor, National Taiwan University) received the B.S. degree in electrical and computer engineering from Franklin W. Olin College of Engineering, Needham, MA, in 2007. She received the M.S. degree in 2011 and the Ph.D. degree in 2014, both in Electrical and Computer Engineering from the University of Illinois, Urbana-Champaign, IL, USA. From 2014 to 2018, she was an Assistant Professor of Electrical and Computer Engineering at the Ulsan National Institute of Science and Technology (UNIST) in Ulsan, South Korea. Since 2019, she has been an Associate Professor of Electrical Engineering at National Taiwan University (NTU), Taipei, Taiwan. She received the Outstanding Teaching Award from UNIST in 2015, the Richard M. Bass Outstanding Young Power Electronics Engineer Award from the IEEE Power Electronics Society (PELS) in 2019, and recognition as an Innovator Under 35 for the Asia Pacific Region by the MIT Technology Review in 2020.