The smart transformer based on solid state transformer technology provides dc connectivity and power flow controllability increasing the hosting capacity of renewables and electric vehicle charging stations, and consequently reducing the need for updating the grid assets. In this context, this tutorial introduces the recent advancements in the field of smart transformer in terms of power semiconductor technology (e.g. 10 kV SiC), magnetic components (medium voltage, medium frequency and multi-winding), power converter topologies and architectures, connecting them to the services in power system when operating in radial, meshed and hybrid grids, with examples from pilot projects. 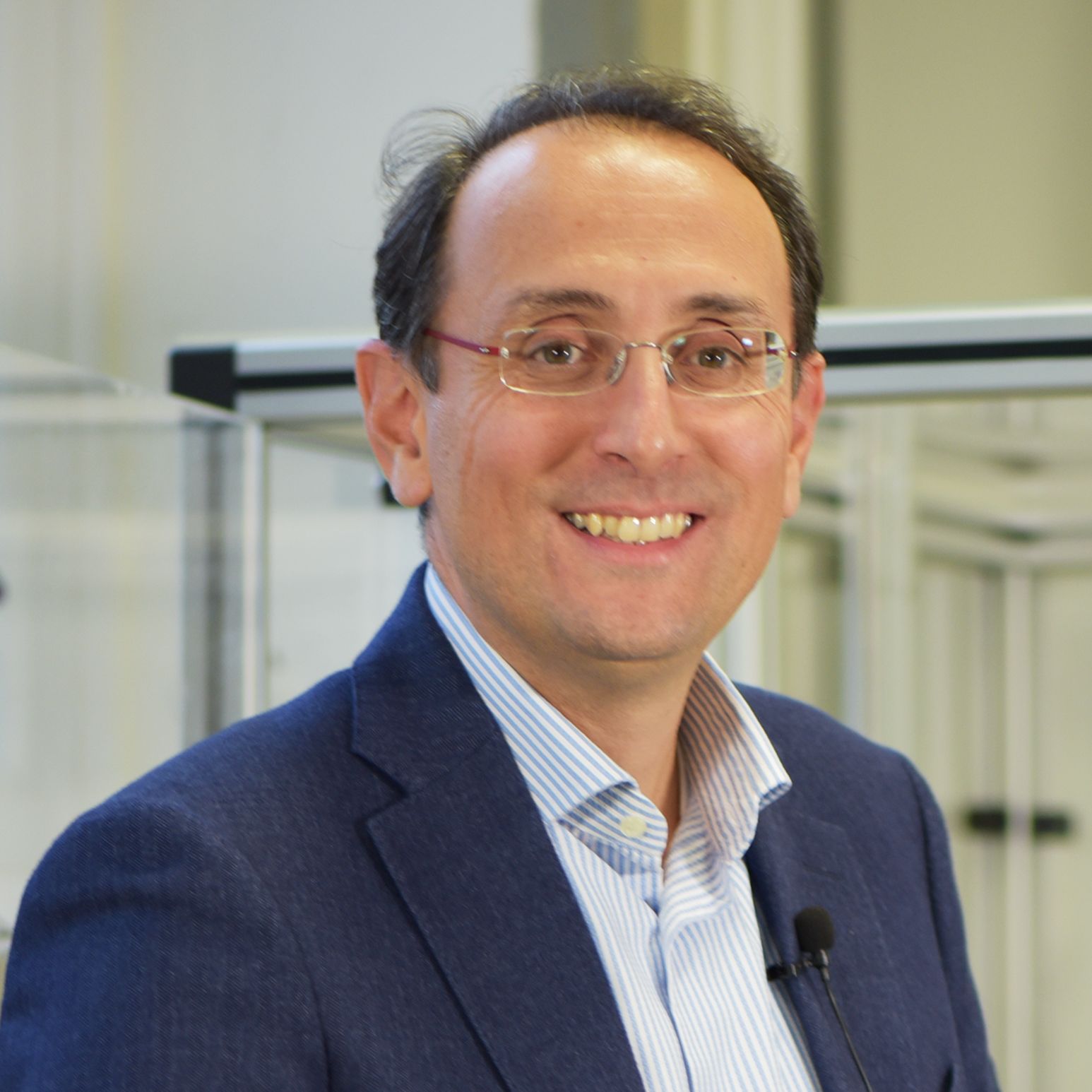 Marco Liserre received the MSc and PhD degree in Electrical Engineering from the Bari Polytechnic, respectively in 1998 and 2002. He has been Associate Professor at Bari Polytechnic and from 2012 Professor in reliable power electronics at Aalborg University (Denmark). From 2013 he is Full Professor and he holds the Chair of Power Electronics at Kiel University (Germany). At Kiel University he is leading a team of 25 researchers with a 2 Million Euro annual budget through third-party funded projects, with a Power Electronics Laboratory, a Medium Voltage Laboratory and a Laboratory on Batteries and Energy Conversion, in cooperation with colleagues in material science, approved for 2 Million Euro.  He has been leading in the last 7 years’ third-party projects for more than 13 Million Euro (of which 5 % direct company assignment) having responsibility role, among the other, within the strategic governmental 10 years’ initiative “Copernicus” in Germany for the Energy Change towards 80 % renewable based energy society and in a priority program of the German research Foundation DFG within a cooperative project with EPFL.

Notably he has been awarded in 2013 with an ERC Consolidator Grant (European Excellence Grants) for the project “The Highly Efficient And Reliable smart Transformer (HEART), a new Heart for the Electric Distribution System”.

He has published 500 technical papers (1/3 of them in international peer-reviewed journals) and a book. These works have received more than 35000 citations. Marco Liserre is listed in ISI Thomson report “The world’s most influential scientific minds” from 2014.

He is fellow of IEEE (achieved at the age of 38) and member of IAS, PELS, PES and IES. He has been serving all these societies in different capacities. He has received the IES 2009 Early Career Award, the IES 2011 Anthony J. Hornfeck Service Award, the 2014 Dr. Bimal Bose Energy Systems Award, the 2011 Industrial Electronics Magazine best paper award and the Third Prize paper award by the Industrial Power Converter Committee at ECCE 2012, 2012, 2017 IEEE PELS Sustainable Energy Systems Technical Achievement Award and the 2018 IEEE-IES Mittelmann Achievement Award, which is the highest award of the IEEE-IES.

Alex Q. Huang  (S91-M94-SM96-F05) was born in Zunyi, Guizhou, China. He received his B.Sc. degree from Zhejiang University, China in 1983 and his M.Sc. degree from Chengdu Institute of Radio Engineering, China in 1986, his Ph.D. from Cambridge University, UK in 1992. From 1992 to 1994, he was a research fellow at Magdalene College, Cambridge. From 1994 to 2004, he was a professor at the Bradley Department of Electrical and Computer Engineering, Virginia Polytechnic Institute and State University, Blacksburg, Virginia. From 2004 to 2017, he was the Progress Energy Distinguished Professor of Electrical and Computer Engineering at NC State University where he established and led the NSF FREEDM Systems Center. Since 2017, he has become the Dula D. Cockrell Centennial Chair in Engineering at University of Texas at Austin.

Since 1983, he has been involved in the development of Si and WBG power semiconductor devices and power integrated circuits. He fabricated the first IGBT power device in China in 1985. He is the inventor and key developer of Si and SiC emitter turn-off (ETO) thyristor. He developed the concept of Energy Internet and the smart transformer based Energy Router technology. He has mentored and graduated more than 90 Ph.D. and master students, and has published more than 550 papers in international conferences and journals. He has also been granted more than twenty U.S. patents. He is the recipient of the NSF CAREER award, the prestigious R & D 100 Award, the MIT Technology Review’s 2011 Technology of the Year Award, the 2019 IEEE IAS Gerald Kliman Innovator Award and the 2020 IEEE PELS David Middlebrook Achievement Award. Dr. Huang is a fellow of National Academy of Inventors (NAI) and IEEE. 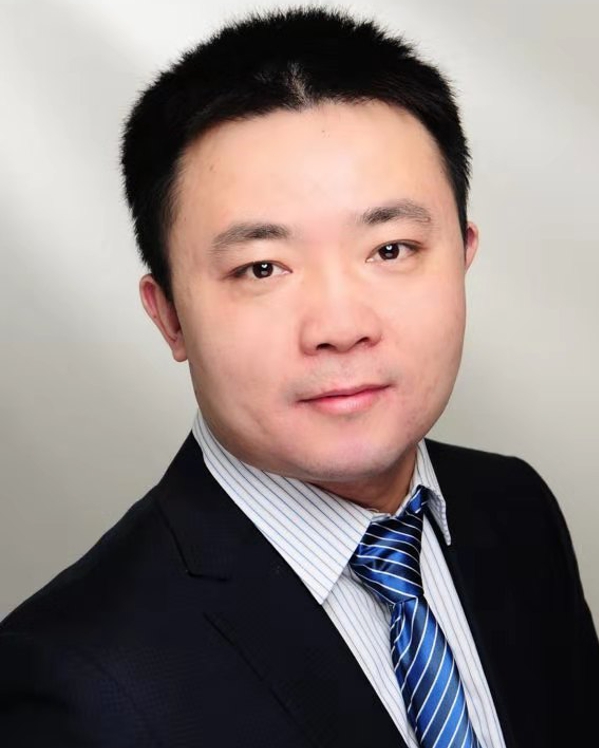 Rongwu Zhu received the B.Eng. in Electrical Engineering from Nanjing Normal University, Nanjing, China, in 2007 and Ph.D. degree in energy technology from Department of Energy Technology, Aalborg University, Aalborg, Denmark, in 2015. From 2011-2012, he was a guest researcher with Aalborg University. He is currently a Senior Research with Chair of power electronics, at Christian-Albrechts-University of Kiel (Germany).

He has authored and co-authored around 100 technical papers (over 1/3 of them in international peer-reviewed journals/magazine), and 6 patents. His research interests include renewable power generation system, operation and control of electric grid with high penetration of renewables, reliability and resilience improvement of power electronics dominated grid.

He served as a Guest Associate Editor of the IEEE Journal of Emerging and Selected Topics in Power Electronics Special Issue on Smart Solid State Transformer for AC/DC Hybrid Power Grids, Guest Editor-in-Chief of the CSEE Journal of Power and Energy Systems Special Issue Operation and Control Technology of Distribution Network with High Penetration of Power Electronics, Editor of the International Transactions on Electrical Energy System, and Technical Committee Chair or Member for several international conferences. 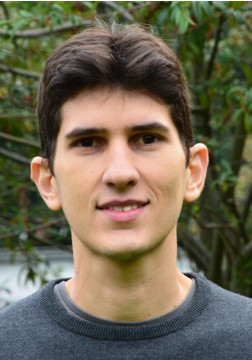