Since Interior Permanent Magnet Synchronous Motor (IPMSM) has been used as a traction motor for hybrid and electric vehicle, the control and modelling of IPMSM have been continuously evolved. Most of modelling and control of IPMSM have been developed based on the ideal model of IPMSM, where the parameters of IPMSM are constant regardless of the operating conditions. In this tutorial, the modelling of automotive grade IPMSM considering magnetic saturation, cross coupling and spatial harmonics will be discussed. As an example, the characteristics of traction motors used in Prius and Bolt will be addressed.

Seung-Ki Sul (IEEE membership, S'78, M'87, SM'98, F'00) He received the B.S., M.S., and Ph.D. degrees in electrical engineering from Seoul National University, Seoul, Korea, in 1980, 1983, and 1986, respectively. From 1986 to 1988, he was an Associate Researcher with the Department of Electrical and Computer Engineering, University of Wisconsin, Madison. From 1988 to 1990, he was a Principal Research Engineer with LG Industrial Systems Company, Korea. Since 1991, he has been a member of faculty of School of the Electrical and Computer Engineering, Seoul National University, where he is currently a Professor. In 2000, he was elevated as a fellow of IEEE with the contribution to PWM technology. Prof. Sul is one of pioneers in the area of carrier based PWM technology applied to the control of the power converters. From 2005 to 2007, he was the Vice Dean of the Engineering College of Seoul National University. In addition, from 2008 to 2011, he was the President of the Electrical Engineering Science Research Institute funded by the Korean Government. He has published over 150 IEEE journal papers and a total of more than 350 international conference papers in the area of power electronics. He was the program chair of IEEE PESC’06 and general chair of IEEE ECCE-Asia, ICPE, 2011. He holds 16 U.S.A patents, 7 Japanese patents, 13 Korean patents, and granted over 50 Ph.Ds under his supervision. The technology regarding sensorless drive of AC machine he worked for last 20 years has been commercialized by many companies such as Yaskawa Electric Co. as general purpose IPM drive, oil pump drive by General Motors Co., and LG Electronics Co. in washing machine. From 2011 to 2014, he had served as Editor-in-Chief of the Journal of Power Electronics, which is a SCIE registered journal, published by the Korean Institute of Power Electronics (KIPE), Seoul, Korea. For 2015, he was the president of KIPE. He was recipient of 2015 IEEE Transaction 1st and 2nd paper awards on Industrial Application, simultaneously. He was also recipient of 2016 Outstanding Achievement Award of IEEE Industrial Application Society. He received 2017 Newell award sponsored by IEEE PELS. From 2018 till early of 2019, he served as director of Seoul National University Electric Power Research Institute (SEPRI). His current research interests include power electronic control of electrical machines, electric/hybrid vehicles and ship drives, DC distribution system on buildings and ships, and power-converter circuits for renewal energy sources. 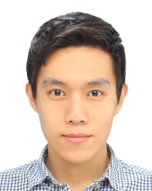 He was a Visiting Scholar in Electrical Machines & Drives Group, Electronic and Electrical Engineering department, the University of Sheffield, UK, from 2015 to 2016. He was a Senior Researcher in Seoul National University Electric Power Research Institute, Seoul, Korea, from 2017 to 2018. He is currently CEO of PLECKO company where he is working on high-end motor emulators.

His research interests include power electronics, design and control of electric motors, and power hardware-in-the-loop simulation of motor drives.