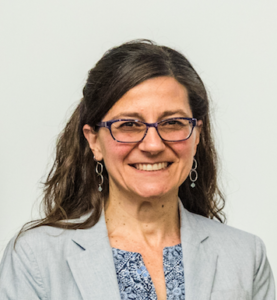 Title of speech: The price of degradation -- The value of prognostics – Opportunities and Needs in Battery Health Estimation

Abstract of speech:
Replacing a gasoline or diesel internal combustion engine vehicle (ICEV) with an electric vehicle (EV) will zero out the direct (tailpipe) GHG emissions and depending on where it charges can have 75% lower GHG emissions. Key barriers to EV adoption include the higher first cost of EVs compared to ICEVs and the up-front investment needed to provide charging infrastructure. The total cost of ownership and the cost of the fleet transition depends on the lower operating cost due to fuel and maintenance savings that depend on the route, utilization, and charging of the vehicle. Behind the meter, vehicle to grid and 2nd life applications can provide additional cost benefits if the battery stays healthy.

The battery state of health (SOH) is currently estimated by determining capacity (cyclable energy) and cell resistance (power capability). Unfortunately, estimating these parameters with high confidence can only be done under certain discharge patterns. Identifying the physical origin of the degradation is even more difficult but very important, because it can inform the Battery Management System (BMS) about electrode specific constraints and hence prevent further degradation. Power electronics can help identify the intrinsic “aging wrinkles” in the battery material as it ages.

Speaker Bio:
Prof. Anna Stefanopoulou, is the William Clay Ford Professor of Technology and the Director of the Energy Institute at the University of Michigan. Stefanopoulou joined the Department of Mechanical Engineering in 2000 after working at the University of California, Santa Barbara and in the automotive industry, where she developed algorithms and calibrations for highly efficient and advanced powertrains. Stefanopoulou is currently working with a multidisciplinary group to knit automotive and manufacturing expertise with battery and grid experts with the goal to realize a clean, fully integrated, electrified transportation.

She is in the fellow rank of three of the largest engineering societies (IEEE, SAE, ASME). Her innovation in powertrain control technology has been recognized by multiple awards and has been documented in a book, 21 US patents, 340 publications (8 of which have received awards) on estimation and control of internal combustion engines and electrochemical processes such as fuel cells and batteries. Stefanopoulou also has co-authored influential reports on the cost effectiveness of fuel-efficient technologies for light-duty vehicles, sponsored by the National Academies, to help inform policymakers. 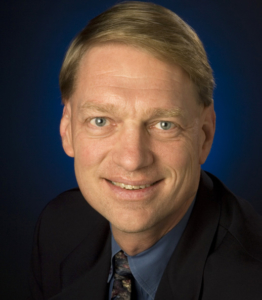 Abstract of speech:
NASA is making significant progress towards establishing the viability of Electrified Aircraft Propulsion (EAP) through a combination of aircraft conceptual design studies and advancement of key tall-pole technologies.  Partially turboelectric and parallel hybrid candidates have been shown viable for introduction into service in the mid-2030s, and a long-term vision has been established for a fully turboelectric system.  NASA is developing key powertrain technologies that are applicable for a wide variety of aircraft configurations, including electrical machines (motors/generators), converters (inverters/rectifiers), and the underlying electrical materials for EMI filters and cabling.
In the next 5 years the goal is to narrow the focus to the most viable concepts as a means to prepare for flight demonstrations of those concepts. An electric aircraft power system test facility (NASA Electric Aircraft Testbed (NEAT)) has reached operational status at and is being used to perform both industry partnership testing and in-house NASA R&D. It is believed that the correct building blocks are in place to test a viable large-plane EAP configuration in the not too distant future.
This presentation will address the strategy behind NASA’s research and development efforts to accelerate this market. It will cover the enduring electrified propulsion research needs including the development of system concepts, electric machines, converters,  innovative materials, components, tools, and methods that enable the performance, reliability and durability of these systems.

Speaker Bio:
Dr. Cavolowsky is responsible for the overall planning, management and evaluation of ARMD’s efforts to cultivate revolutionary concepts, tools, and technologies that enable aviation transformation. The TAC program solicits and encourages ideas, creates the environment for researchers to experiment with those ideas, explores broadly-critical technologies, develops new computational and experimental tools, performs ground and small-scale flight tests, allows failures and learning from them, and drives turnover into future concepts and first-of-a-kind capabilities.

He also supports the ARMD associate administrator in a broad range of mission directorate activities, including strategic planning and external coordination.
Previously, Cavolowsky was director of the Airspace Operations and Safety Program, where he led overall planning, management and evaluation of ARMD’s efforts in foundational air traffic management and operational safety research that enables development of revolutionary improvements to, and modernization of, the National Airspace System.

Cavolowsky began his NASA career at Ames Research Center in 1989 as a technical lead and research manager for aerothermodynamics, addressing research and development challenges in hypersonic propulsion and thermal protection systems. He also served as a technical manager for aerospace programs in the Office of the Center Director at Ames, and has published more than 25 technical papers. 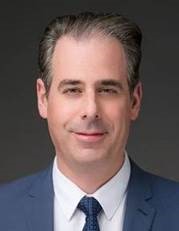 Abstract of speech: This presentation will provide an overview on hydrogen fuel cell power technology, including but not limit to benefits, challenges, solutions and current applications on different market sectors from zero emission vehicles to renewable hydrogen powered back up power and prime power. Current US and global funding opportunities and landscape for hydrogen technologies that shape the future hydrogen economy and energy sector will also be discussed. Case studies of selected Ricardo’s hydrogen fuel cell and renewable energy projects will also be featured in this presentation.

Speaker Bio:
Rob is currently the Assistant Vice President at Ricardo North America Technology and Strategy Group with primary focus on fuel cell technology development and fuel cell strategy. Prior to Ricardo, he was Managing Director at Hydrogenics Corp (acquired by Cummins) managing the California technical facility, fuel cell power system technology development and fuel cell vehicle projects. Rob has over 20 years engineering and project management experience in hydrogen fuel cell, hybrid electric drive systems and battery vehicle industry. As a seasoned drive system integration engineer, he has successfully led more than 25 zero emission drive system programs for electric commercial vehicles. Signature project was, as a prime contractor, leading an international team of 20 engineers in US and UK, while at ISE Corp as project director, to design and develop eight fuel cell hybrid buses for Transport for London in United Kingdom in 2010. The bus fleet had operated for 10 years accumulating more than 30,000 hours of operation, one of a very few fuel cell buses that has been operated in public for a decade. Recently, prior to joining Ricardo, Rob also led two fuel cell vehicle development projects integrating a heavy duty fuel cell power system – namely Celerity Plus – into a transit bus and a class 8 truck in Hydrogenics. Rob is also an industry acclaimed technology developer and innovator for hydrogen fuel cell power systems technology with primary focus in heavy duty vehicle applications. His latest brainchild was a dedicated heavy-duty fuel cell power systems for mobility application – Celerity and Celerity Plus – pre-integrated all-in design that facilitates and shortens development time for heavy-duty hydrogen fuel cell vehicles. He is a proven technology engineering designer and developer at product, component, system and vehicle integration levels for hydrogen technologies. Rob is also an author of 3 significant technology patents in fuel cell electric vehicle applications. He is regularly invited to speak in various well-known zero emission fuel cell power system and electrolysis industry forums and conferences with close network with government, OEMs, non-profit organizations. 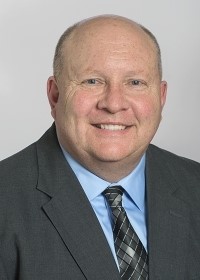 Title of speech: System Operations -Defenders of the Grid- Past, Present, Future

Abstract of speech:
The electric grid is vital to the customers it serves. Many events have proven the belief that the electric grid is the most critical of the critical infrastructures in the world. It has been described as the most complex machine man has ever made. Research links prosperity and education to the availability of a reliable and secure electric grid. The product (electrons) traveling at close to the speed of light and consumed almost as quick as it is generated with no scalable ability to store it (at least not yet). While the grid has undergone changes for over the past hundred years, the changes we have seen recently and expect over the next several decades accelerate that pace of change to say the least.  As a wise industry leader once told me, we are trying to re-wire our house while still living in it. Any of us who have remodeled a home while still living in It know how challenging, frustrating, and difficult this proposition is.

We are facing fundamental changes in the electric gird we have benefited from for over a century. From the decarbonization of generation, development of micro-grids, potential of new nuclear technologies, development of solar and wind resources, emerging energy storage technology, and more intelligent customer technology, the grid is undergoing and will undergo real change in coming years. But in spite of that change, or perhaps because of that change, the role of the System Operator becomes more important than ever. Throughout the history of interconnected system operations, the System Operator – the Defender of the Grid – has always been there to act on behalf of the users of the electric grid – our customers and communities. So how do we bridge between what we have now, what we will have in 5 years, and what we will have 20 years from now. At the end of the day, our customers expect for the lights (or whatever lights turn into 50 years from now) to stay on. That metaphor – keeping the lights on 24X7X365, continues to be the mission of the System Operator. It should be a wild and rewarding ride.

Sam is certified by the North American Electric Reliability Corporation (NERC) as a system operator and is a registered professional engineer in North Carolina and South Carolina. He is a past chairman of the operating committees for both NERC and the SERC Reliability Corporation. SERC is a nonprofit regulatory authority that promotes effective and efficient administration of bulk power system reliability in all or parts of 16 central and southeastern states.